REDISCOVERING MYSELF THROUGH PHOTOGRAPHY

Several years ago, white pelicans appeared on a small pond at the edge of town; later, they moved north to ponds bordering the river and even to calmer areas of the river.  Each year, we look forward to their return.  There aren't as many as the first year, but they find bodies of water throughout the Grande Ronde Valley...sometimes, just big puddles left by the rain.  Evidently, they are migrating but no one seems to know for certain.  This is definitely inland for the birds. 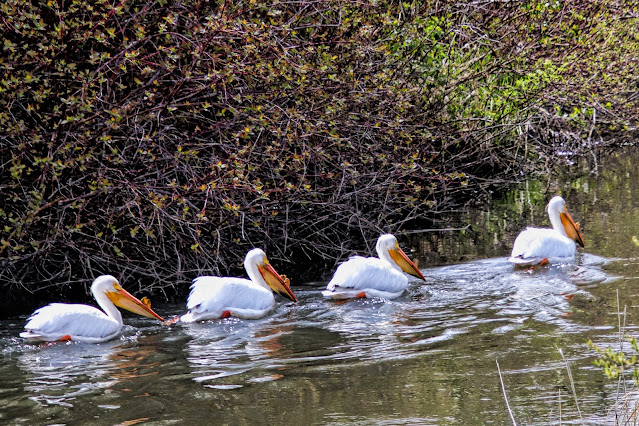 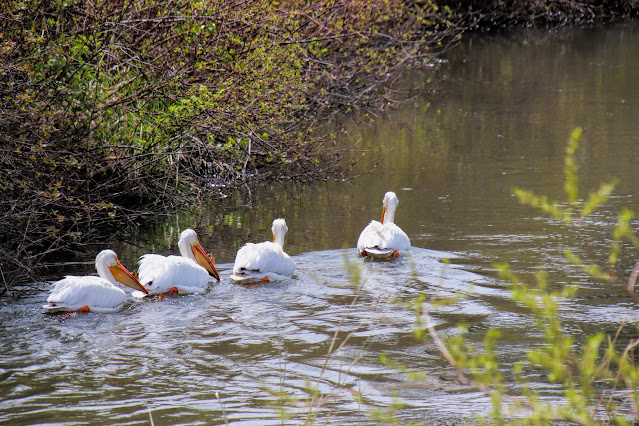 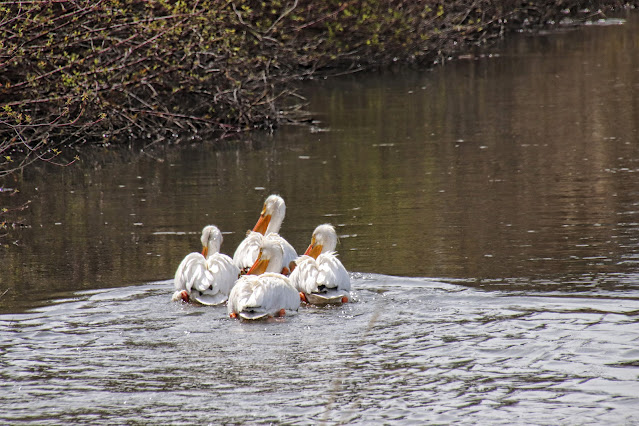 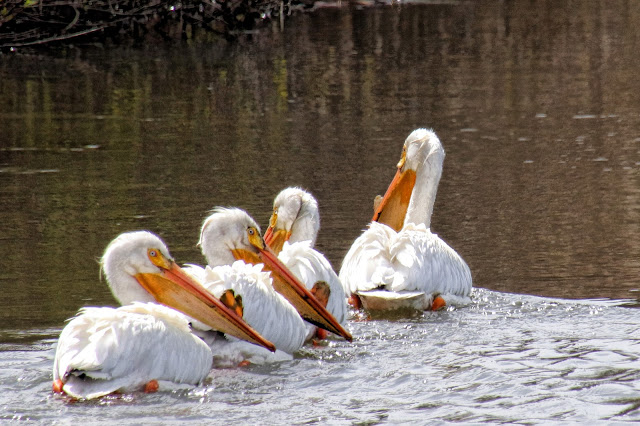 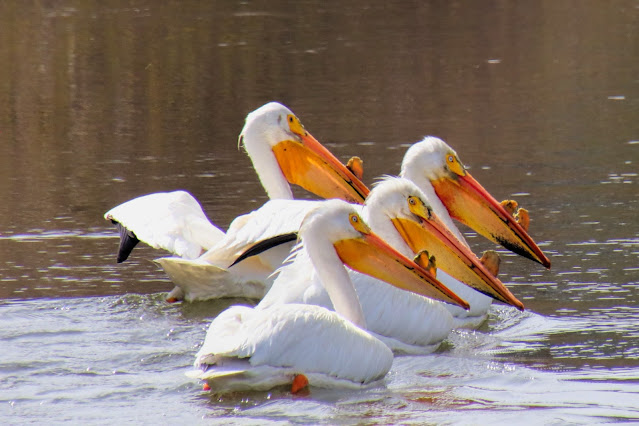 I love seeing the first hummingbirds of the season.  Obviously, hummers don't stay in this climate year-round.  Tax Day is the standard date the first one usually shows up to my feeders.  Even with spring arriving with measurable snow this year, the hummingbird feeder was up in time for the first birds.  We've had days of heavy rain (and freezing night temps coming) but the hummingbirds are busy as can be at the feeders.  I love it when three actually share!    Today, I had a rare visitor...actually two pairs...Lazuli Buntings. 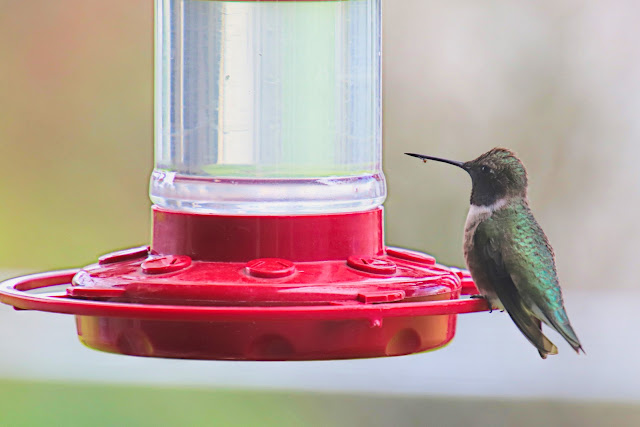 This black-chinned hummingbird had a tiny bug stuck on his bill when he came for a drink. 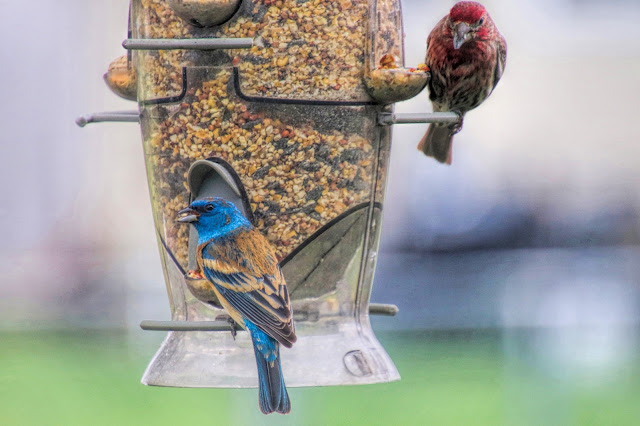 There was plenty of color on the feeder with a red House Finch and the Lazuli Bunting.
Posted by Evelyn S. at 8:43 PM 1 comment:

Because we've had a week of snow in mid-April, the little bulbs that flower are especially appreciated.  Such is the case with the grape hyacinths.  This image is one I created indoors because I was so tired of being unable to do any photography.  The vibrant purple was surrounded by snow and I couldn't resist. 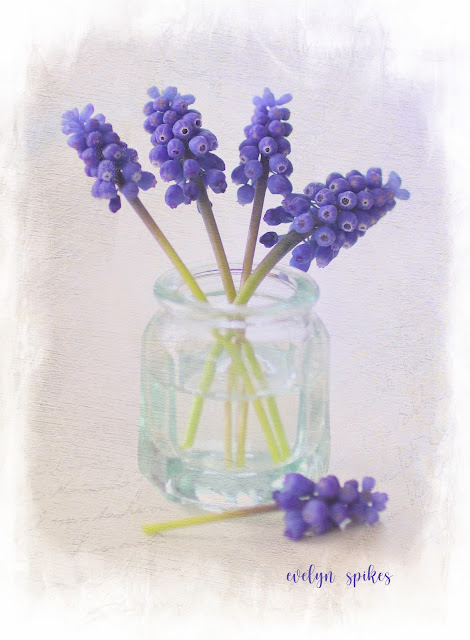 April Surprise...and not a pleasant one!

We actually had a 72 degree day and two days later, snow...not just in the mountains but in the populated valley of Oregon.  For Portland, it was the first measurable April snow in 82 years.  We were delayed in returning to NE Oregon because of the traffic snarl in Portland.  The interstate was also closed because of truck slide-offs, but it cleared beautifully a day later. The mountains can always use more snow, it seems.  We're ready for spring in the valleys, however. 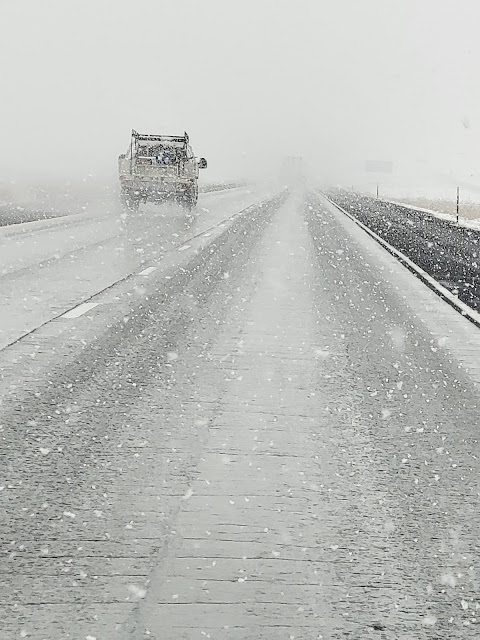 A surprise snow "squall" is a temporary worry for travelers, but it was short. 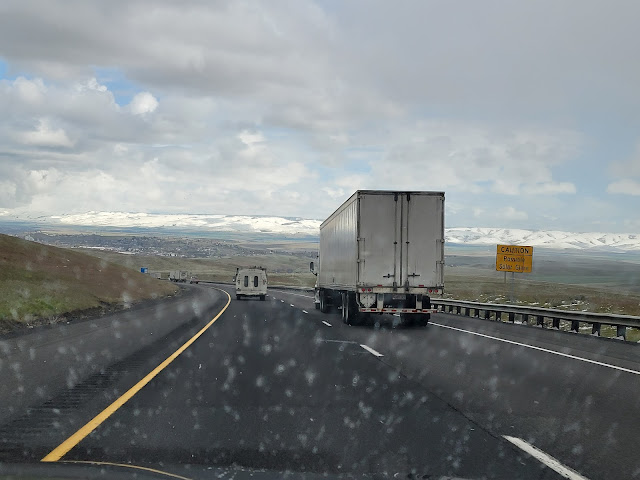 Pendleton, Oregon is in the middle of thousands of acres of wheat located on the east foot of the Blue Mountains. 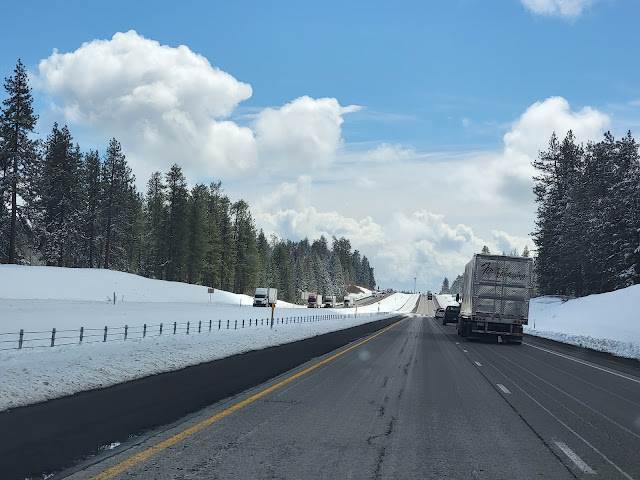 Interstate 84 is the main west-east highway in Oregon; the truck traffic is amazing!

For some reason, this winter seemed very long. It wasn't a bad winter; snow didn't drift high or anything, but we did have snow.  The west-east (and south) interstate was closed multiple times because of wrecks--almost all related to CMV's (commercial motor vehicles) on the mountain pass.  One incident involved 98 vehicles but no fatalities.  South in the mountains, there is still a lot of snow, but there are only dirty drifts here and there in town. It was exciting to look out the window today and see the golden crocus blooming.  The bulbs are always first and I have to spray Deer Out to prevent the resident deer from eating them. The hellebores are budding, too, but the deer don't seem interested in them for some reason. Spring is almost here!   (I changed my header image to show the "bachelor" bull elk in one of their last weeks in the valley; several have started to shed their antlers as is evident by the bare heads of a few in the photo. They have moved back to the mountains now.) 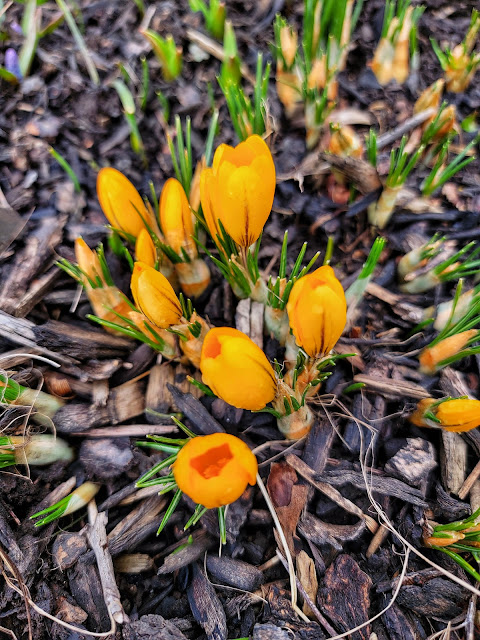 I am in a rut...I love snow photos, but hadn't taken any for a while.  It's really ugly outside now because a period of rain has begun.  Heavy rain.  My choice for a photo post is an indoor image...from a senior photo session with my great-niece Gracie.  We've had two sessions already, during warmer weather. Gracie just completed basketball season and she wanted some photos of her in her uniform.  We were able to use the high school gym. 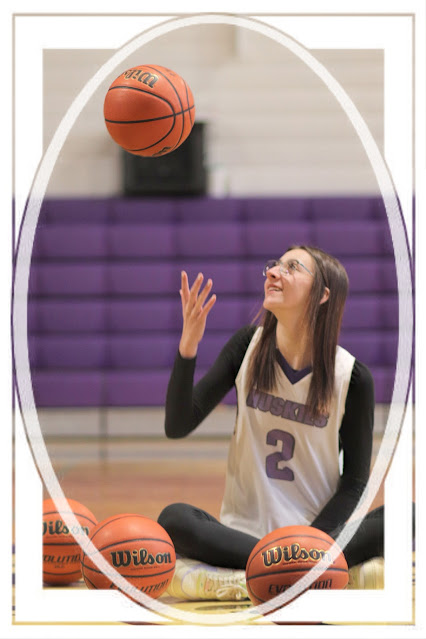 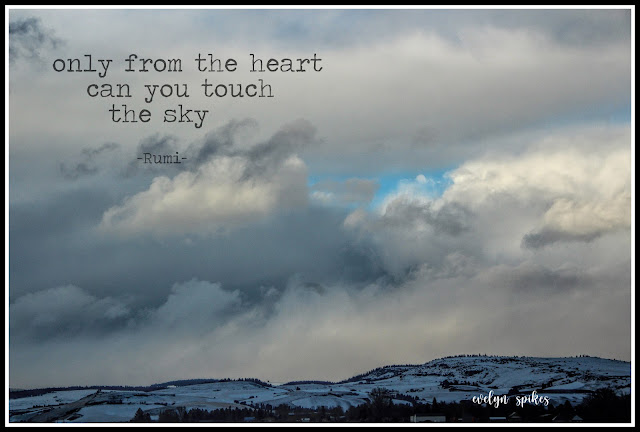